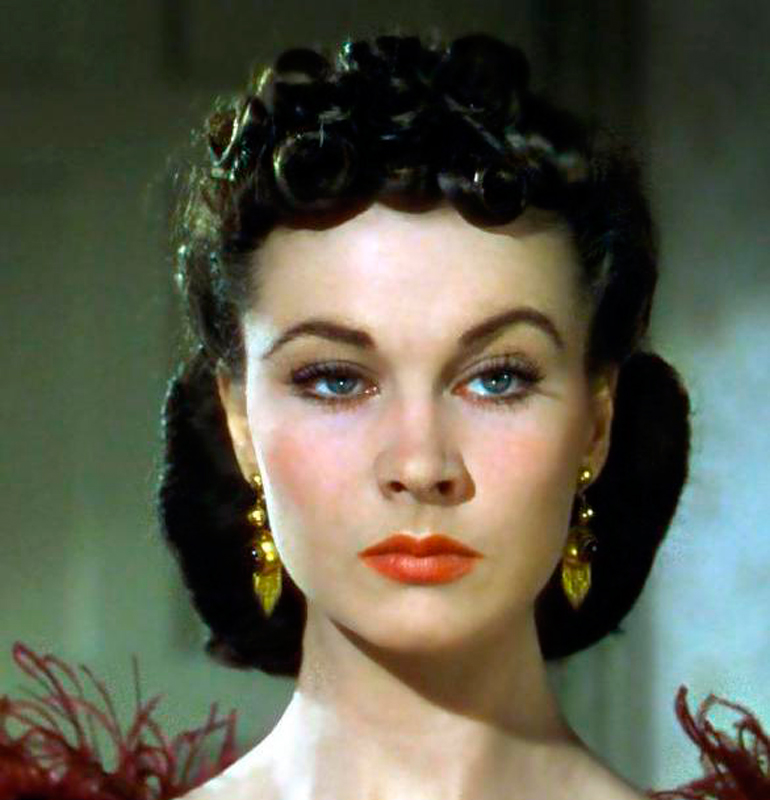 She was born Vivian Mary Hartley in Darjeeling, India on November 5th, 1913, the daughter of a British cavalry officer. She and her family moved to England when Vivian was 6 in 1920, and she attended the Convent of the Sacred Heart in Roehampton, South London where she made her first stage appearances in Shakespeare’s ‘A Midsummer Night’s Dream’ and ‘The Tempest’. As a young girl she travelled round Europe with her father, being schooled wherever they happened to stay. They returned in 1931 and Vivian, having decided on a career as an actress, enrolled at the Royal Academy of Dramatic Art (RADA) in London. 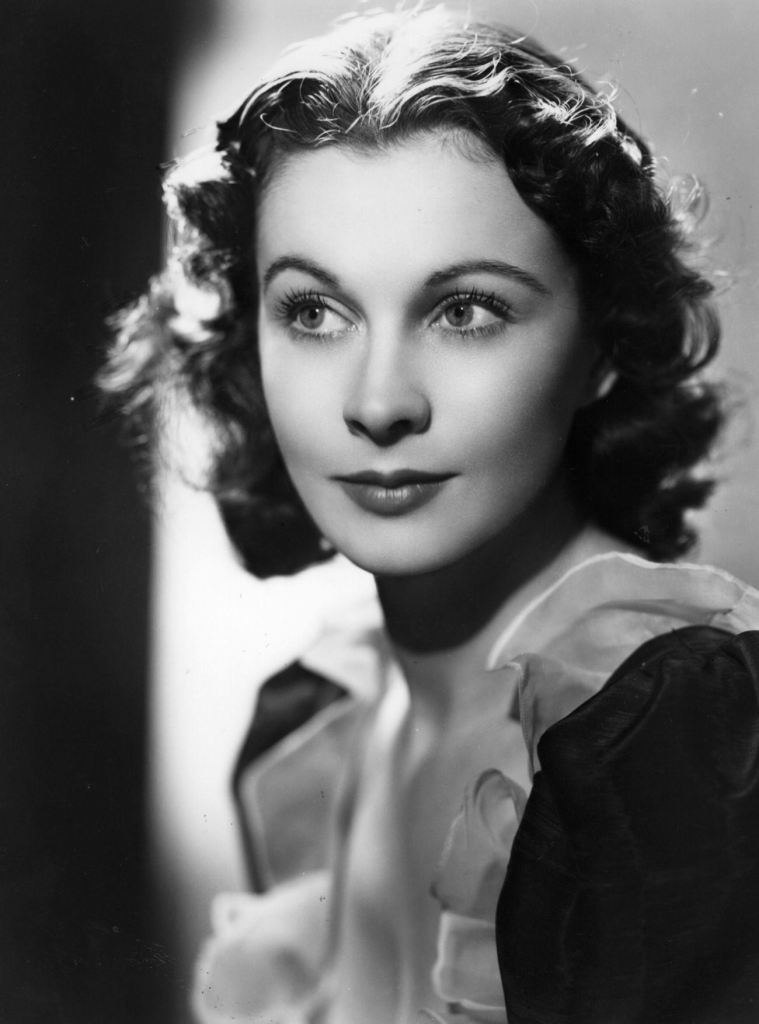 Shortly before actually beginning her studies Vivian got married to Leigh Holman, a barrister 13 years her senior. In October, 1933, she gave birth to a daughter, Suzanne and gave up her acting studies to look after the baby. Motherhood did not restrict her acting ambitions, however, and she enlisted the services of a theatrical agent . On his suggestion she changed her name, using her husband’s first name as her surname. Her first name, Vivian was changed when she signed a contract with director Alexander Korda in 1935 and he suggested the altered spelling Vivien. 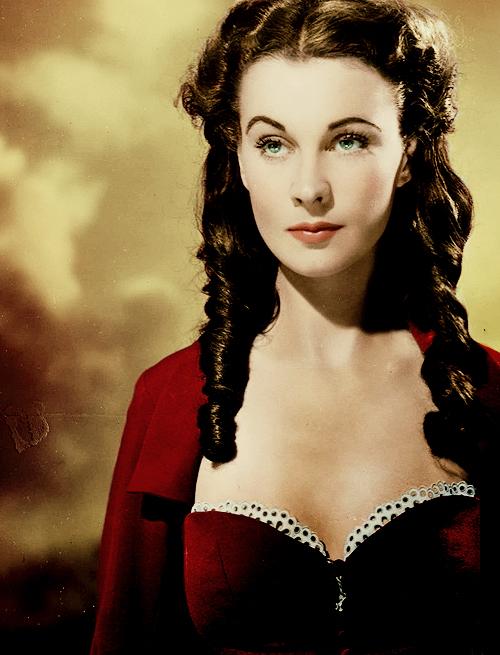 She made a start in movies in Britain in 1935 in ‘The Village Squire ‘ and in the same year appeared in ‘Things Are Looking Up’, ‘Look Up and Laugh’ and ‘Gentlemen’s Agreement’.

After meeting Laurence Olivier at the Old Vic she appeared with him on stage in ‘Hamlet’ and ‘A Midsummer Night’s Dream’ and in 1937 they appeared on screen together in the well-received ‘Fire Over England’. Although both were married a romance developed. In 1938 Vivien went to New York to visit Olivier – and the course of Hollywood history was changed. 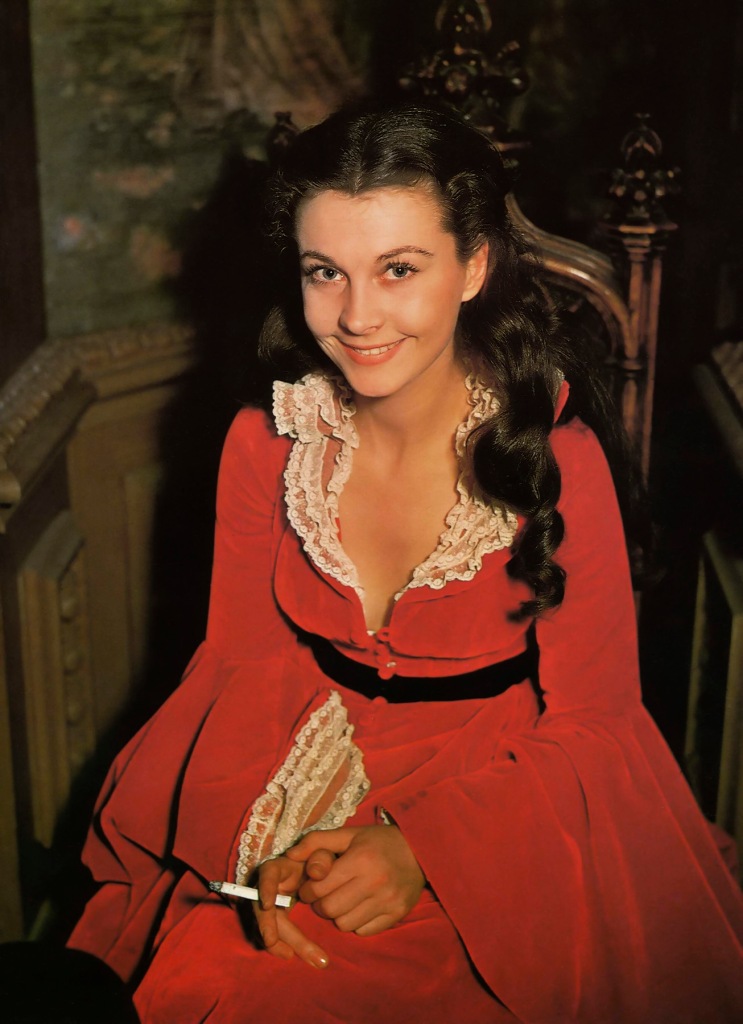 The story of Vivien’s casting as Scarlett O’Hara in ‘Gone With the Wind’ in 1939 is a fairy tale, stepping in at virtually the last minute after producer David O. Selznick had poured $50,000 into a two-and-a-half year campaign to find the perfect actress.

Whilst in New York, Vivien and Olivier met Selznick, who invited her for a screen test. She was not exactly unknown in Hollywood – several of her earlier British films had been well received – but she was by no means a star, and it was a risk for Selznick to cast her – but he did. It helped that she was a perfect match for the character physically, and any problems of accent and style were carefully smoothed over in what is still an arresting and commanding performance which won her the Best Actress Award and made her world famous.

In 1940 both she and Olivier obtained divorces from their respective partners and they were married in August 1940 with Katharine Hepburn as maid of honor.

After ‘Gone with the Wind’ Hollywood tried hard to consolidate her Oscar-winning success with ‘Waterloo Bridge’ and ’21 days’, in 1940, in which she is equally radiant, yet she made only 5 movies between ‘Gone With the Wind’ in 1939 and ‘A Streetcar Named Desire’ in 1951. Most of them were in historical or classical roles such as Lady Hamilton, Cleopatra and Anna Karenina, and she also worked widely on the stage.

Then in 1951 came another extraordinary performance opoposite Marlon Brando in ‘A Streetcar Named Desire’. The movie was a sensational success, both with the critics and at the box-office, and she won a second Academy Award for Best Actress, as well as a BAFTA Award and a Best Actress New York Film Critics Circle Award.

The last part of her career was clouded by mental and physical illness. Her spiralling emotional problems hastened the end of her marriage to Olivier. She began a relationship with actor Jack Merivale in 1958 and two years later she and Olivier were divorced. 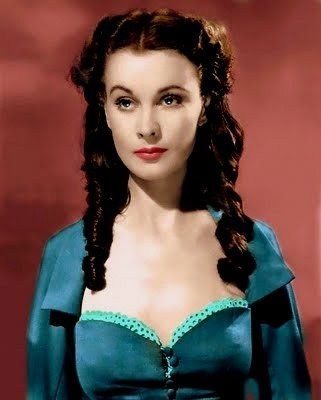 As her health deteriorated her movie roles became less and less. She was excellent in ‘The Roman Spring of Mrs Stone’ in 1961 and also in ‘Ship of Fools’ in 1965 but there were no more movies although she continued to work in the theatre and in 1963 won a Tony Award for Best Actress in a Musical for her role in ‘Tovarich’. She was diagnosed as having bipolar disorder and there were many emotional outbursts and much erratic behaviour and she got the reputation as being a a difficult person to work with.

Vivien Leigh died in her London apartment of tuberculosis in July 1967. She was 53. In tribute, the lights in London’s theater district were blacked out for an hour. 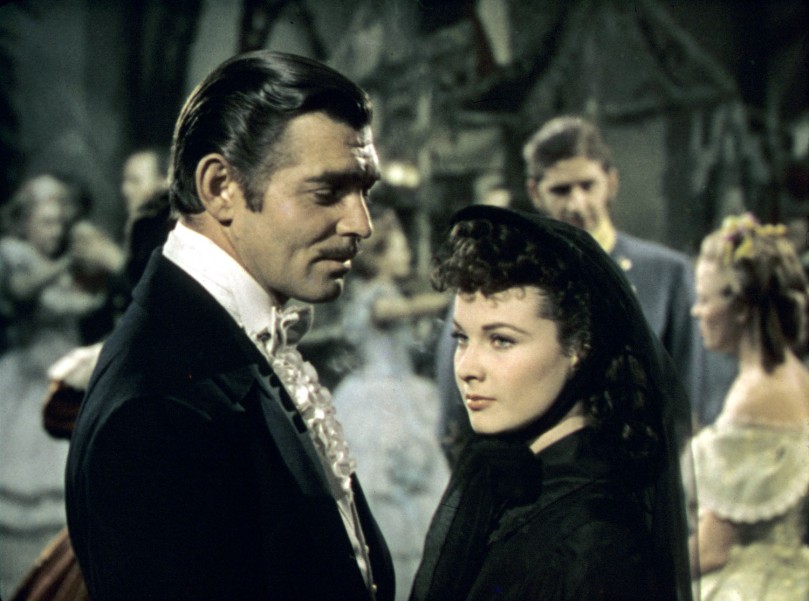