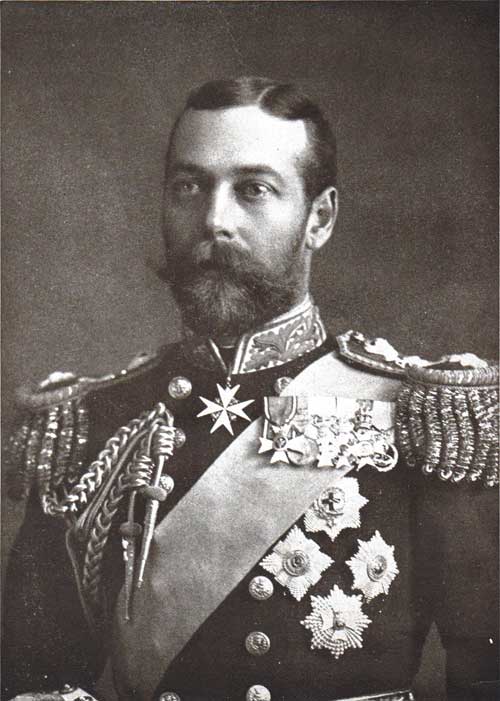 George V was the second son of Edward VII. His mother was Alexandra of Denmark, sister of Empress Marie of Russia. He joined the Royal Navy aged 12 and served until 1892 when he became heir to the throne on the death of his elder brother Albert, Duke of Clarence, who died of pneumonia.

In 1893, he married Princess Victoria Mary of Teck (known as ‘May’ to her family) who had previously been engaged to his brother. They became Duke and Duchess of York and lived on the Sandringham Estate, in Norfolk. The marriage was a success and George unlike his father never took a mistress. They had 6 children Edward, Albert, Mary, Henry, George and John. The youngest Prince John suffered from epilepsy and died aged 13. 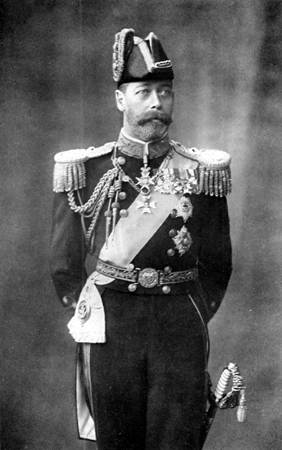 He became King George V on the death of his father Edward VII in 1910, and Mary became Queen consort. They toured India in 1911 as Emperor and Empress of India. During World War I he made several visits to the front, and Mary visited wounded serviceman in hospital. She was staunch supporter of her husband during difficult times that included not only the war with Germany, but also the Russian revolution and murder of George’s cousin Princess Alix who was Tsarina Alexandra wife of Tsar Nicholas II, civil unrest including the General Strike in England, the rise of socialism, and Irish and Indian nationalism. George V has been criticised for not rescuing the Russian Royal family but at the time there was serious concern that it would incite a similar revolution in the UK. He sent a ship in 1922 to rescue the Greek Royal family including 1 year old Prince Philip now the Duke of Edinburgh.

In 1917 with anti-German sentiment running high, he changed the family name from Saxe-Coburg-Gotha (popularly known as Brunswick or Hanover) to Windsor, and he relinquished all German titles and family connections. George V enjoyed stamp collecting and although considered dull by biographers he became by his Silver Jubilee in 1935 a much loved King. In 1932 he started the tradition of the Royal Christmas broadcast which has continued ever since. His relationship deteriorated with this eldest son Edward (later Edward VIII) when he failed to settle down and had affairs with married women, but he was fond of his second son Albert (“Bertie” later George VI) and his granddaughter Elizabeth (later Elizabeth II) whom he called ‘Lilibet’. She called him ‘Grandpa England’. He died of pleurisy in January 1936. 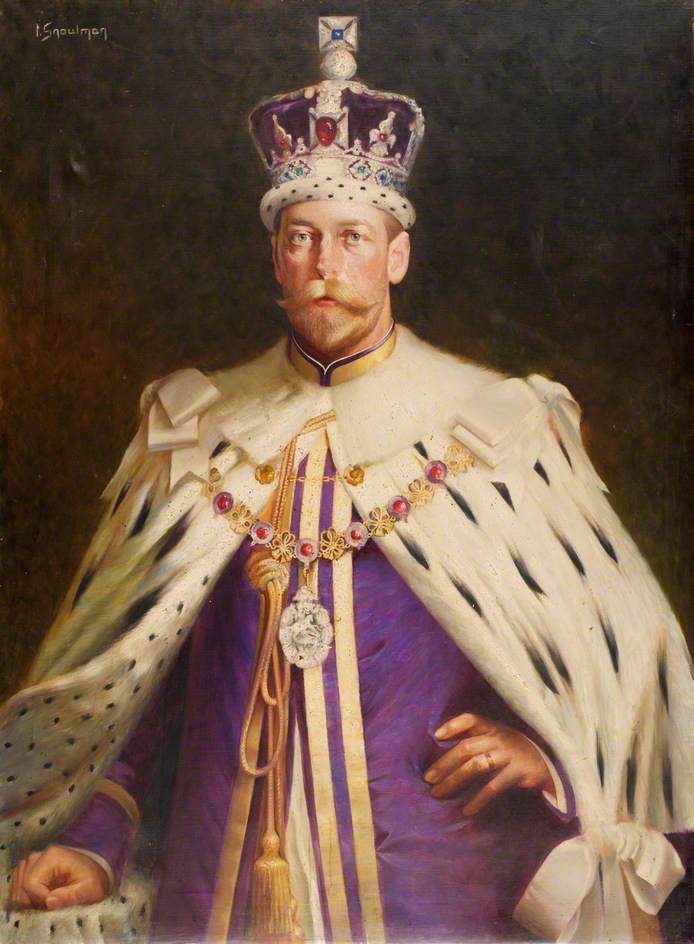