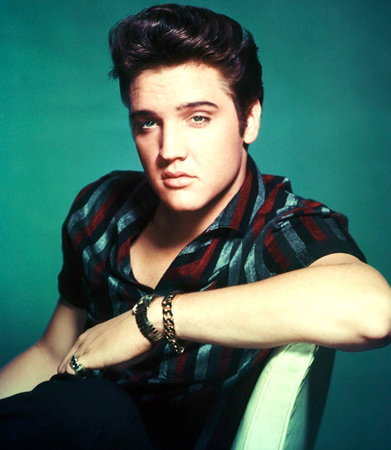 Elvis Aaron Presley (January 8, 1935 – August 16, 1977) was an American singer, musician and actor. Elvis Presley became one of the most influential cultural icons of a generation.He is commonly referred to as the “The King of Rock ‘n’ Roll” and epitomises the post-war pop generation.

Elvis was born in Tupelo, Mississippi. When he was 13, his family moved to Memphis, Tennessee, with his family at the age of 13. 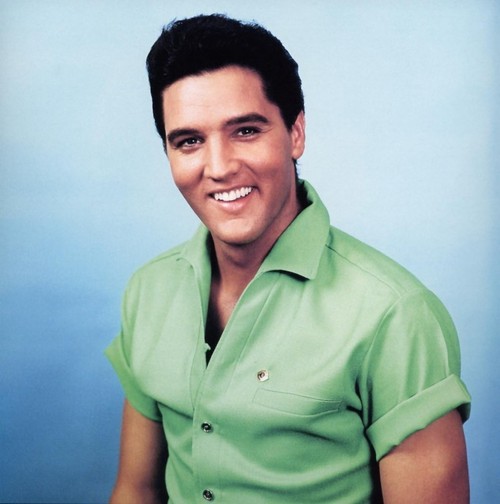 Elvis was relatively shy and as a youngster was not keen on performing in public. However, he received a guitar as a present and learnt to play and sing, not through musical training, but just through hearing and picking up music. As a teenager, he became more interested in music, listening to a huge range of contemporary American music. He also started to sport a distinctive look with sideburns and styled hair. This would later become a real Elvis trademark.

In 1953, he went to Sun recording studio – to record a song for his mother, but also perhaps to hope to being noticed. However, it didn’t come to anything, he was also turned down for an audition to other groups. In April 1954, he took a job as a truck driver. 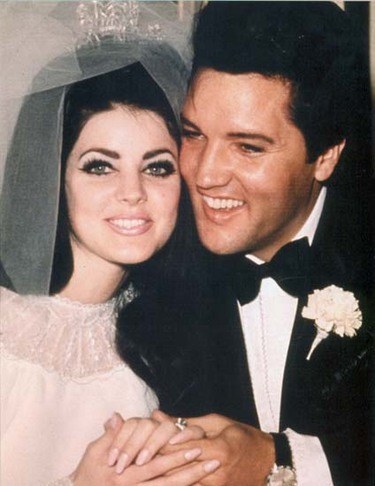 However, later on in the year, Sun boss, Sam Phillips invited Elvis to come in for a recording studio. Initially the recording session was unpromising, but towards the end as they were getting close to finish, Elvis started up his own number, and Phillips was immediately impressed by the verve, enthusaism and dynamism of the music. Phillips reckoned he was onto a winner. He felt Elvis had the sound of negro. 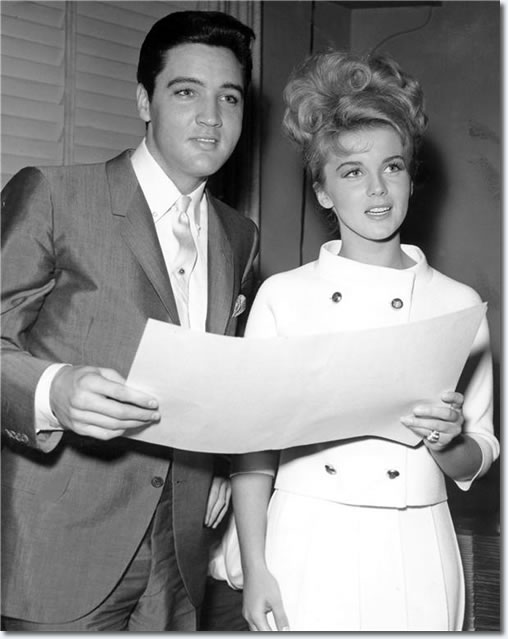 This lauchned Presley onto a lucrative pop music career. His performances were a fusion of country, gospel, pop and rhythmn and blues – it combined both ‘black’ and ‘white’ sounds, with an uninhibited stage routine which often proved controversial. However, if it was controversial, it was also wildly popular with young listeners, and with his unique gravelly voice, Elvis was on his way to becoming a great star. His catapult to stardom was helped by rivalry between TV presenters, such as Steve Allen and Ed Sullivan. Elvis proved a star attraction and the competition between presenters made Elvis a national celebrity. It also helped bring rock ‘n’ roll into popular / mainstream culture.

After a stint in the army (1958-60) Presley served as a regular soldier, he began to focus more on movies. In the 1960s, Presley made several movies. These were generally received with low critical acclaim, though they were quite popular. 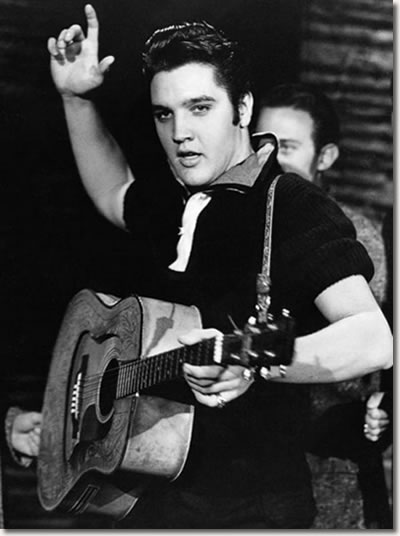 The huge fame which surrounded his career perhaps contributed to health problems, which would ultimately cause his premature death aged only 42. Towards the end of his life, he was obese and suffered from drug dependency. His early death only cemented his legendary status, and he has become deeply engrained in popular culture.

Presley’s home Graceland was opened to the public in the 1980s and attracts over half a million visitors annually. It was declared a National Historic Landmark in 2006. 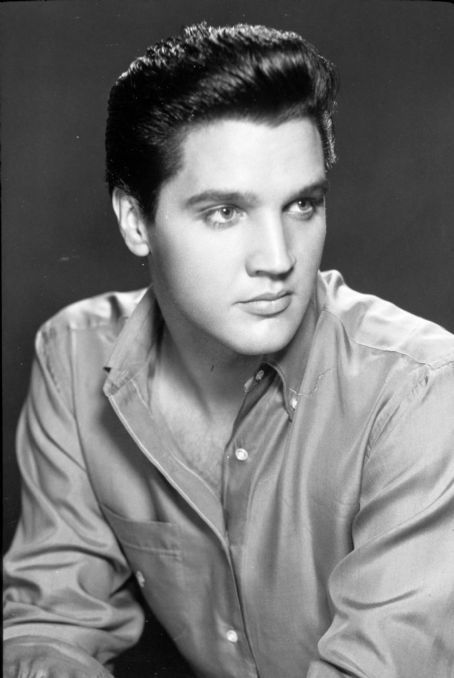