Audrey Hepburn was born on May 4, 1929 in Brussels, Belgium. She really was blue-blood from the beginning with her father, a wealthy English banker, and her mother, a Dutch baroness.

Born Edda van Heemstra Hepburn-Ruston, Audrey Hepburn spent most of her youth in England. She moved to the Netherlands where she made her first film, ‘Nederland in Lessen’ (‘Dutch at the Double’).

She returned to England after the Second World War to study ballet at Arnhern Conservatory, while also working part-time as a model.

Hepburn made her entrance on the London stage in ‘High Button Shoes’ as a member of the chorus and later appeared in the musicals ‘Sauce Tartare’ and ‘Sauce Piquante’ at the Cambridge Theatre in London’s West End.

Hepburn rose through the ranks and was given the leading role in the 1951 Broadway production of ‘Gigi’. Hepburn won a Theatre World Award for her part in the production.

Two years later, Hepburn was nominated for a Best Actress Oscar for her performance in ‘Roman Holiday’ (1953), which she starred in opposite Gregory Peck. This performance and nomination made her an international star.

The nominations and awards continued and, in 1954, she was nominated again as Best Actress for ‘Sabrina’, co-starring Humphrey Bogart and William Holden, as well as receiving a Tony Award for Best Actress in a Drama for her performance on Broadway in ‘Ondine’.

In 1959, for her role in ‘The Nun’s Story’, Hepburn was nominated again for an Oscar, as well as being awarded the New York Film Critics Circle Award and the British Film Academy Award for Best Actress. The film tells the story of Sister Luke, who faces a struggle to overcome her doubts of faith to fulfill her dream of serving in Congo, where she meets love-interest and Atheist Dr Fortunati.

Perhaps Hepburn’s most famous role, as the iconic Holly Golightly in ‘Breakfast at Tiffany’s’ in 1961, gained her yet another Oscar nomination. This film cemented her already considerable reputation as a style icon. Commenting on her role in the film, Hepburn said: «I’m an introvert. Playing the extroverted girl was the hardest thing I ever did.»

She became a fashion icon after appearing in the film and wearing what is perhaps the most famous little black dress in history. Hepburn also boosted the popularity of the trench coat, with her petite figure illustrating how chic it could be.

She followed this performance with another high, starring in ‘My Fair Lady’ in 1964 as Eliza Doolittle based on George Bernard Shaw’s ‘Pygmalion’. This earned her another Oscar and Golden Globe nomination, as well as being the most lucrative film of her career. Most of the singing was actually dubbed with the voice of Marni Nixon, with Hepburn later saying she would not take on another musical if she could not do the singing. Soundstage magazine wrote in 1964 that not since ‘Gone with the Wind’ has a motion picture created such universal excitement as ‘My Fair Lady’.

As a result of all these nominations, Audrey Hepburn is one of only a very few artists who have won an Oscar, Emmy, Grammy and Tony.

Two years later she starred alongside Peter O’Toole in the romantic comedy ‘How to Steal a Million’. It told the tale of Nicole, who was forced to steal a statue from a museum in Paris to draw attention away from her father’s counterfeit art works. The movie took an estimated $6 million (£3.7 million) at the box office.

Hepburn’s final role was in the film ‘Always’, directed by Steven Spielberg, in 1989.
Hepburn was always a committed devotee to charitable causes, and in 1988 the United Nations Children’s Fund (UNICEF) appointed her as their official spokeswoman.

In 1992, Hepburn was diagnosed with colon cancer and she died in January 1993. She was posthumously awarded the Jean Hershot Humanitarian Award for her work with UNICEF. 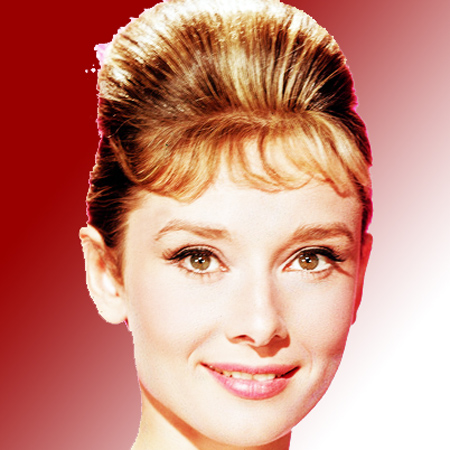 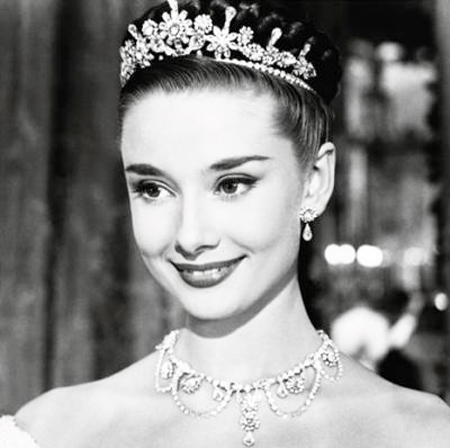