Early Life:
George Washington was born on February 22, 1732, in Westmoreland County, Virginia. Washington’s father died when George was 11 years old. He had very little formal schooling, but taught himself to be an expert woodsman, surveyor (a person who determines the boundaries and area of tracts of land), and mapmaker. Washington grew to be over 6 feet tall — this was very rare in Colonial times. 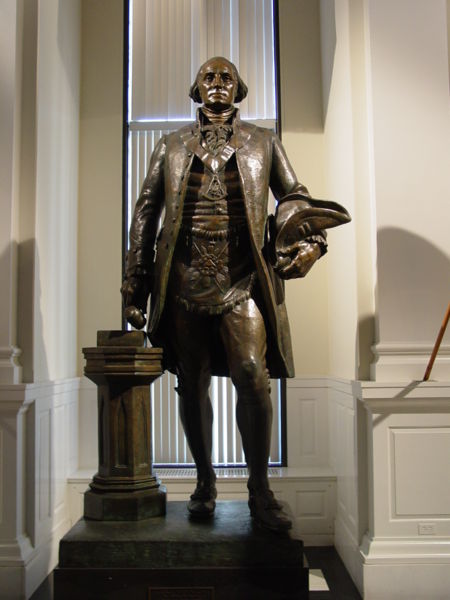 Marriage:
Washington married Martha Custis (born June 2, 1731 – died May 22, 1802) in 1759. Martha was a rich widow who had two children, Martha «Patsy» and John «Jacky.» Their home in Virginia was called Mt. Vernon. George and Martha did not have children together.

A Start in Politics:
In 1758, Washington was elected to the House of Burgesses in Virginia (the local governing body of Virginia).

Revolutionary War:
In order to pay for the expensive French and Indian War, the British taxed the Colonists (the Stamp Tax), angering them. In Boston, the Colonists revolted, dumping precious tea into Boston Harbor (this event is called the Boston Tea Party).

In 1775, Washington was chosen as the Commander in Chief of the Colonial Army. In 1776, the Colonists declared their independence from the British. General Washington led ragtag Patriot troops who were poorly trained, barely paid, badly equipped, and outnumbered by the British. Patriot women, like Molly «Pitcher,» often helped on the battlefields, carrying pitchers of water to cool down the cannons so they could be re-fired, and also nursing the wounded.

Due to the brilliant planning of George Washington and some help from the French late in the War, the British were defeated in 1781 after many bloody battles. The Americans were now independent of the British. 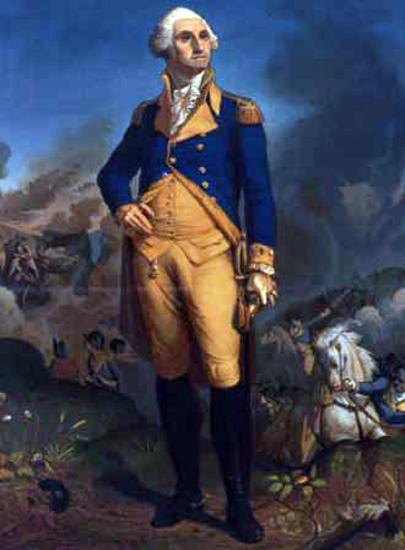 The US Constitution:
After independence, the Americans were governed under the Articles of Confederation (adopted by the Patriots in 1777), but the country struggled.

1787, Washington presided over the Constitutional Convention in Philadelphia, Pennsylvania, during which the US Constitution was written.

The US Constitution outlined a representative government with checks and balances among three branches of government : the Executive (the President), the Legislative Branch (law makers), and the Judicial Branch (judges and courts). The Constitution was ratified in 1788 — it went into effect in 1789. The next step was to set up this new, revolutionary form of government.

President of the US:
Washington was unanimously elected President of the United States of America by electors in early 1789 and again in 1792. Both votes were unanimous. John Adams was his vice-president. Washington’s first inauguration took place in New York City, New York (which was the first capital of the USA, from 1789 to 1790). Washington’s second inauguration took place in Philadelphia, Pennsylvania (it was the capital from 1790 to 1800). Washington refused a third Presidential term, saying in his farewell speech that a longer rule would give one man too much power.

Washington died on December 14, 1799, at his home, Mt. Vernon, located in Fairfax County, Virginia. After his death, the nation’s capital was moved from Philadelphia to a location on the border of Virginia and Maryland near Washington’s home, and was named Washington, District of Columbia in his honor. 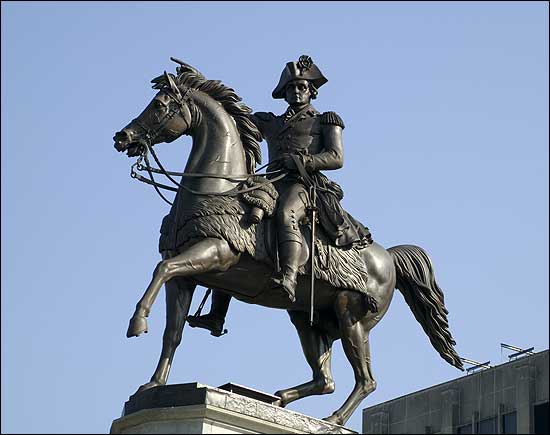