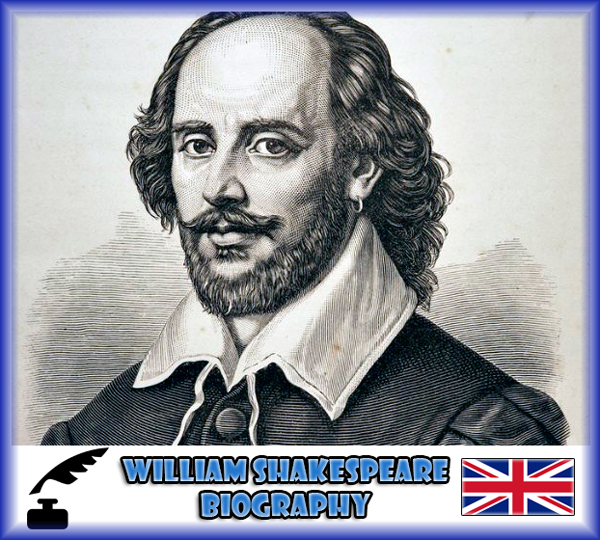 William Shakespeare was born in Stratford-upon-Avon, in England in 1564. While his exact birth date is unknown, it is most often celebrated on April 23, the feast of St. George. He was the third of seven children born to John and Mary Arden Shakespeare.
Shakespeare’s father was a tanner and glove maker. He was also a fairly prominent political figure, being an alderman of Stratford for years, and serving a term as «high bailiff» (mayor). He died in 1601, leaving little land to William. Not much is known of Mary Shakespeare, except that she had a wealthier family than John.
William Shakespeare attended a very good grammar school in Stratford-upon- Avon, though the
time period during which he attended school is not known. His instructors were all Oxford graduates, and his studies were primarily in Latin. Little else is known of his boyhood.
In 1582 at 18 years of age, Shakespeare married Anne Hathaway, a lady seven or eight years older than he from Shottery, a village a mile from Stratford. Their first daughter, Susanna, was born in 1583, followed by twins in 1585, Hamnet and Judith. By 1592, Shakespeare was an established playwright in London. The plague kept the theaters closed most of the time, and it was during this time that Shakespeare wrote his earliest sonnets and poems.
Shakespeare did most of his theater work in a district northeast of London, in two theaters owned by James Burbage, called the Theatre and the Curtain. In 1598, Burbage moved to Bankside and built the famous Globe Theatre, in which Shakespeare owned stock. Around this time, Shakespeare applied for and got a coat of arms, with the motto: Non sanz droict (not without right). This gave him the standing of a gentleman, something that was not generally associated with actors, who were considered to be in the same class with vagrants and criminals.

In 1603, Shakespeare’s theatrical company was taken under the patronage of King James I, and
became known as the King’s Company. In 1608, the company acquired the Blackfriars Theatre. Shakespeare soon joined the group of the now famous writers who gathered at Mermaid Tavern, located on Bread Street in Cheapside. Among others, some of the writers who frequented the Tavern were Sir Walter Raleigh (the founder), and Ben Jonson.
Shakespeare retired from theatre in 1610 and returned to Stratford. In 1613 the Globe Theatre burned down, but Shakespeare remained quite wealthy and contributed to the building of the new Globe Theatre . Shakespeare died on April 23, 1616 and was buried in the chancel of the Church of the Holy Trinity in Stratford. A monument to Shakespeare was set up on the north wall of the chancel, with a bust of Shakespeare. The bust and the engraving by Droeshout that prefixed the First Folio are the only renderings of Shakespeare that are considered to be accurate. In Shakespeare’s will, he left most of his property to Susanna and her daughter, except for his «second-best bed,» which he left to his wife.